Other posters on Czech 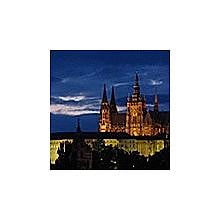 Night walk in Prague, the capital of Czech
Prague is one of the most magical cities of the world. During day time it seems to walk into reality right out of magically illustrated fairy tales. And at night... it is eager to tell bed-time stories and legends even to the grown-ups. Everyone can ...
more