Other posters on Italy 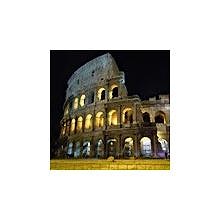 A Walk in the Colosseum of Rome
The Colosseum is the most well-known landmark of Rome. It’s a must-see place of interest. Just wave the tail and run through the famous tourist attraction. The uniqueness of the Roman Empire brand is emphasized by the inscription on the facade (it’s ...
more