This series of posters presents cats on stamps. Every poster has a story illustrating an idea of a cat image. The inreal country of Catland invented by the artist Sergey Stelmashonok has its own stamps presented on this web page.

As it is known the first postage stamp appeared on the 1stof May 1840 in the UK. It was the famous "Penny Black" depicting Queen Victoria. In a couple of days "Two Penny Blue" was issued.

A postage stamp was issued by the Swiss canton Zürich in three years time on the 1stof March 1843, and the so-called "Bull’s Eye" was issued in Brazil on the 1st of August.

Thus, Brazilians were the first to use abstract design for stamps and not the portrait of their King – Pedro II. Stamps appeared in the USA in 1847, in India – in the 50-s and almost all countries of the world had their stamps by the 60-s of the XIX century.

270 years later after the issue of the most rare and precious stamp of the present day – "The Black Penny" – Catland issued own postage stamps presented in this web page as posters. So, Catland was the last – but not the least! – country to join the post reform. Judging by the minimal number pf copies (just one copy), the new series of Catland stamps may be included into the list of the most rare stamps of the world. 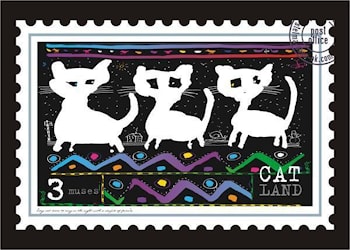 The muses (derived from the Greek word — imagining, thinking, conceiving) — they are the daughters of Zeus in the ancient Greek mythology – they are the patrons of sciences, poetry and arts. They were mentioned in THE "Odyssey" and the "Iliad". You ...
more 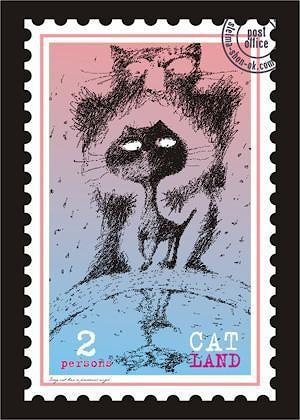 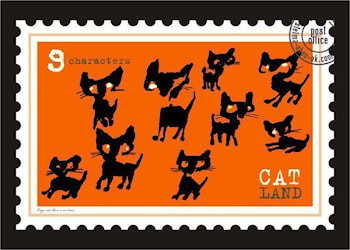 Everyone knows that a cat has 9 lives. But not all people may guess that each of the nine lives has a different character It happened many times: an angry and scratchy cat may run away and when it comes back home – it is absolutely different! It ...
more 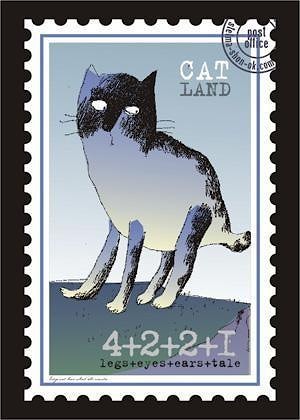 Why do cats lick their paws, whiskers, ears and tails clean every morning? Variant #1 The cats recount them! You never know what could have happened to them at night while the cat was strolling the roofs and fences. And only when they make sure that ...
more 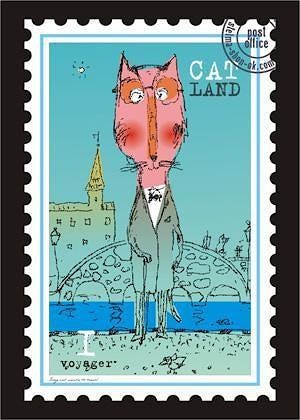 Cats adore travelling. The most lazy ones explore all the corners of their homes. Those that are more active stroll along cornices and balconies. Artful ones climb the roofs, attics and antennas. But the coolest ones travel from one place to another ...
more